Sir David Attenborough and the people have spoken 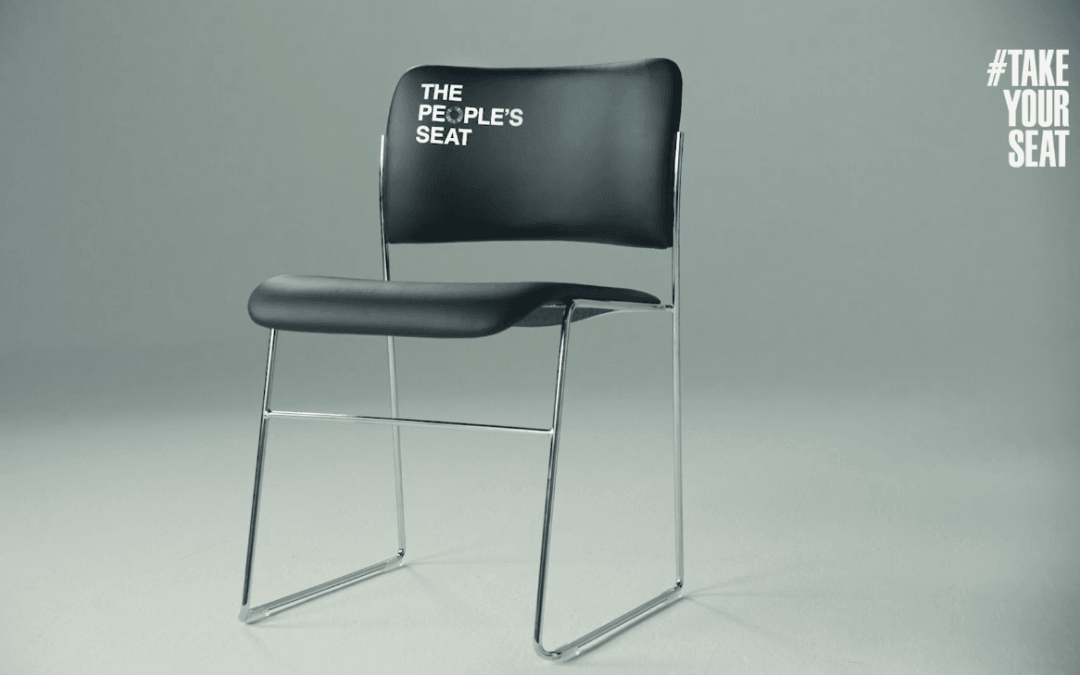 There is no way to sugar-coat this. The effects of climate change and the need for global action requires urgent action by all of us.

“Right now, we are facing a man-made disaster of global scale. Our greatest threat in thousands of years – climate change.  If we don’t take action the collapse of our civilisations and the extinction of much of the natural world is on the horizon.”

At the Poland UN Climate Change Conference COP24 held on 3 December 2018, Sir David Attenborough championed for climate change action and also introduced the ‘people’s seat’. This virtual seat was a rare opportunity to have everyday people’s voices heard, especially their concerns on the climate change issue. Interestingly two thirds of the people who spoke as part of this initiative believed that “climate change is the biggest issue facing the world, and ninety-five percent said they have personally experienced it, whether it be drought, rising sea levels, heatwaves, bushfires [or] extreme weather.”

The international climate change negotiation process began in 1992 when the United Nations Framework Convention on Climate Change (UNFCCC) began. The UNFCCC‘s main aim is to address the global impacts of climate change on humanity and ecosystems. The 1997 Kyoto Protocol and the 2015 Paris Agreement were negotiated under the UNFCCC and built on the convention with global agreement that man-made activities are increasing the greenhouse effect.

Unfortunately the climate pledges currently made by most countries, including Australia are not enough.

“Author of key UN climate report says limiting temperature rise would require enormous, immediate transformation in human activity and the world [is] ‘nowhere near on track’ to avoid warming beyond 1.5ºc target.”

According to Drew Shindell, climate scientist and co-author of the Intergovernmental Panel on Climate Change (IPCC) report.“The more ambitious 1.5ºc goal would require a precipitous drop in greenhouse emissions triggered by a rapid phase out of fossil fuels, particularly coal, mass deployment of solar and wind energy and the eradication of emissions from cars, trucks and airplanes.” 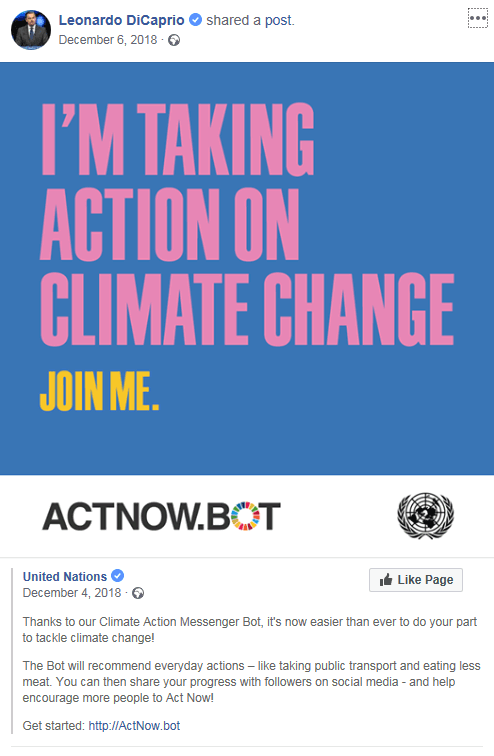 Leonardo DiCaprio showing his support for the UN’s Act Now campaign on Facebook in December 2018.

The Bot aids the discovery of simple everyday actions that can be taken by the individual to tackle climate change.  Experience it for yourself and be part of a movement in taking urgent climate action.

The tribe has spoken!