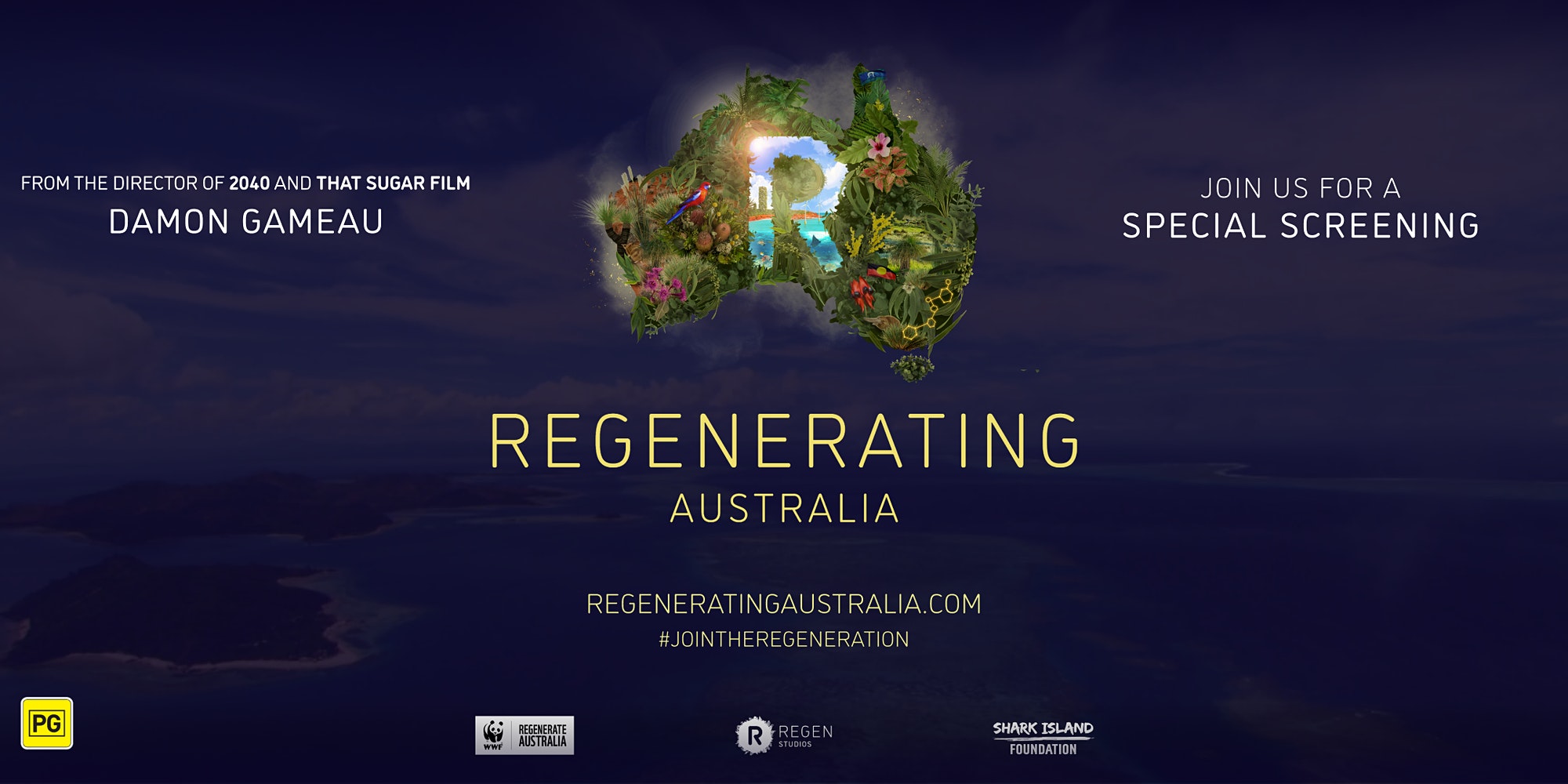 For those of you who can’t make it to our in-person film screening at Marrickville Library Pavilion on Friday 17 June we’re offering a chance to watch the film Regenerating Australia at home online.

When: The film will be available to watch online between 3pm on Saturday 4 June and 3pm on Sunday 5 June (when the link will expire).

Regenerating Australia is the latest film from Damon Gameau. The film asks the question: What would Australia look like by 2030 if we simply listened to the needs of its people?

Regenerating Australia is a 17-minute short film based on a four-month interview process with a diverse group of Australians who shared their hopes and dreams for the country’s future. It is a new story for our nation: a story of empowerment, solutions and regeneration.

Set on New Year’s Eve of December 2029, a news anchor is ending the nightly bulletin with a look back at the decade ‘that could be’. A decade that saw Australia transition to a fairer, cleaner, more community focused economy. The film is a construction of hypothetical news reports and press conferences featuring real journalists, politicians, business leaders and citizens – featuring Kerry O’Brien, Sandra Sully, Tim Flannery, Larissa Behrendt, David Pocock and other well-known voices.

Please note: This film contains imagery and themes that may be confronting for some viewers (eg. fires and floods).

By participating in this event we ask viewers to answer a set of questions to tell us what your experience was watching the film and if you have ideas for action in the local community.

Bookings: Bookings are essential as we will send you the link to view the film on Saturday afternoon at 3pm.

This free event is presented by the Green Living Centre, an initiative of Inner West Council. Email education@greenlivingcentre.org.au or phone 0466 428 063 if you have any questions.